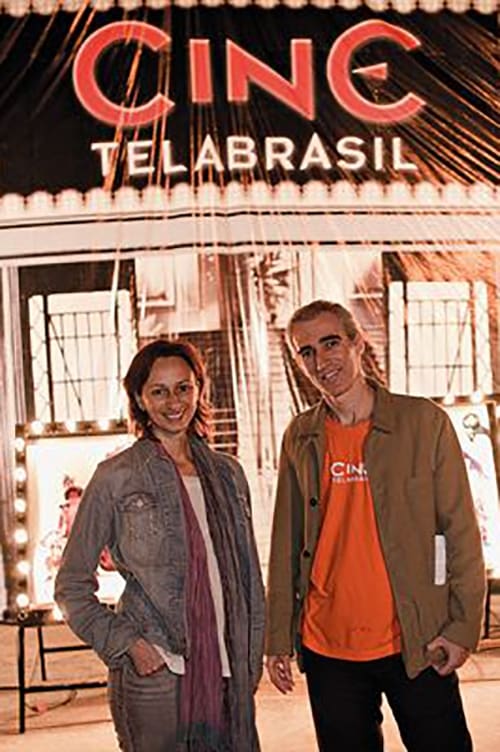 Idealized by the filmmakers Lais Bodansky and Luiz Bolognesi, the documentary portrays the projects executed by the Buriti Institute and Buriti Films in 10 years of work. Since 2004, projects collect impressive numbers: 116,509 kilometers were driven on roads, which led to 759 outlying neighborhoods, where they were made 7439 film sessions to 1,355,403 brazilians. Eighteen states and the Federal District were visited by Cine Tela Brasil, who put brazilian various ages for the first time in a movie theater.

In 1950s New York, a department-store clerk who dreams of a better life falls for an older, married woman.

An unexpected affair quickly escalates into a heart-stopping reality for two women whose passionate connection changes their lives forever.

The star of a team of teenage crime fighters falls for the alluring villainess she must bring to justice.

In 1971, Carole and Delphine meet and fall in love in Paris. When Carole follows Delphine back to her family farm in Limousin, the two find lesbianism and feminism are not as easy in the countryside.

Set during a sultry summer in a French suburb, Marie is desperate to join the local pool's synchronized swimming team, but is her interest solely for the sake of sport or for a chance to get close to Floriane, the bad girl of the team? Sciamma, and the two leads, capture the uncertainty of teenage sexuality with a sympathetic eye in this delicate drama of the angst of coming-of-age.

When three parents discover their daughters’ pact to lose their virginity at prom, they launch a covert one-night operation to stop the teens from sealing the deal.

19-year old Belle practices playing the violin diligently, but is unable to impart her music with a sensitive undertone. Her life changes when she discovers that sexual desire stimulates passion in her music.

The Kids Are All Right

Two women, Nic and Jules, brought a son and daughter into the world through artificial insemination. When one of their children reaches age, both kids go behind their mothers' backs to meet with the donor. Life becomes so much more interesting when the father, two mothers and children start to become attached to each other.

What a Girl Wants

An American girl, Daphne, heads to Europe in search of the father she's never met. But instead of finding a British version of her bohemian mother, she learns the love of her mom's life is an uptight politician. The only problem now is that her long-lost dad is engaged to a fiercely territorial social climber with a daughter who makes Daphne's life miserable.

If These Walls Could Talk 2

The stories of three lesbian couples -- who live in the same house at different periods of time -- who are at a crossroads in their lives. In 1961, Edith loses her lover, Abby, to a stroke. Linda and Amy struggle with feminist issues in 1972. And, in 2000, Kal and Fran try to have a baby with the help of sperm donor.

I CAN'T THINK STRAIGHT is a 2007 romance movie about a London-based Jordanian of Palestinian descent, Tala, who is preparing for an elaborate wedding. A turn of events causes her to have an affair and subsequently fall in love with another woman, Leyla, a British Indian.

A young female intern at a small magazine company becomes involved with a drug-addicted lesbian photographer, both of whom seek to exploit each other for their respective careers, while slowly falling in love with each other.

England, early 18th century. The close relationship between Queen Anne and Sarah Churchill is threatened by the arrival of Sarah's cousin, Abigail Hill, resulting in a bitter rivalry between the two cousins to be the Queen's favourite.

A set of six nested stories spanning time between the 19th century and a distant post-apocalyptic future. Cloud Atlas explores how the actions and consequences of individual lives impact one another throughout the past, the present and the future. Action, mystery and romance weave through the story as one soul is shaped from a killer into a hero and a single act of kindness ripples across centuries to inspire a revolution in the distant future. Based on the award winning novel by David Mitchell. Directed by Tom Tykwer and the Wachowskis.

An Amazon princess comes to the world of Man in the grips of the First World War to confront the forces of evil and bring an end to human conflict.

When aspiring model Jesse moves to Los Angeles, her youth and vitality are devoured by a group of beauty-obsessed women who will take any means necessary to get what she has.

In Justine’s family everyone is a vet and a vegetarian. At 16, she’s a gifted teen ready to take on her first year in vet school, where her older sister also studies. There, she gets no time to settle: hazing starts right away. Justine is forced to eat raw meat for the first time in her life. Unexpected consequences emerge as her true self begins to form.

A chaotic Bridget Jones meets a snobbish lawyer, and he soon enters her world of imperfections.

The tender, heartbreaking story of a young man’s struggle to find himself, told across three defining chapters in his life as he experiences the ecstasy, pain, and beauty of falling in love, while grappling with his own sexuality.

An independent, single mother who owns a small hotel on a Greek island is about to marry off the spirited young daughter she's raised alone. But, the daughter has secretly invited three of her mother's ex-lovers in the hopes of finding her biological father.