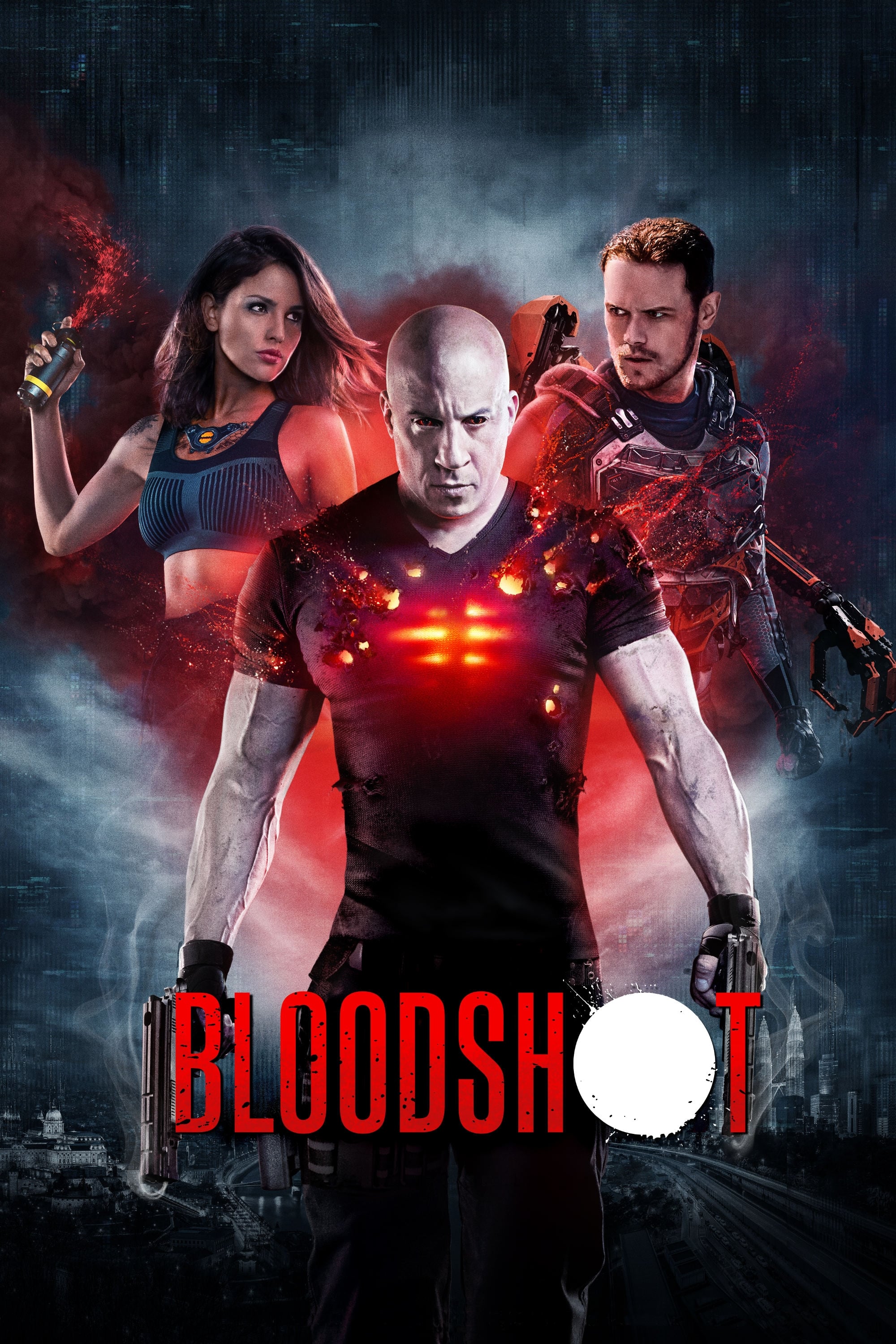 After he and his wife are murdered, marine Ray Garrison is resurrected by a team of scientists. Enhanced with nanotechnology, he becomes a superhuman, biotech killing machine—'Bloodshot'. As Ray first trains with fellow super-soldiers, he cannot recall anything from his former life. But when his memories flood back and he remembers the man that killed both him and his wife, he breaks out of the facility to get revenge, only to discover that there's more to the conspiracy than he thought.

After the re-emergence of the world's first mutant, world-destroyer Apocalypse, the X-Men must unite to defeat his extinction level plan.

During a space voyage, four scientists are altered by cosmic rays: Reed Richards gains the ability to stretch his body; Sue Storm can become invisible; Johnny Storm controls fire; and Ben Grimm is turned into a super-strong … thing. Together, these "Fantastic Four" must now thwart the evil plans of Dr. Doom and save the world from certain destruction.

Against his father Odin's will, The Mighty Thor - a powerful but arrogant warrior god - recklessly reignites an ancient war. Thor is cast down to Earth and forced to live among humans as punishment. Once here, Thor learns what it takes to be a true hero when the most dangerous villain of his world sends the darkest forces of Asgard to invade Earth.

After being held captive in an Afghan cave, billionaire engineer Tony Stark creates a unique weaponized suit of armor to fight evil.

The Fantastic Four return to the big screen as a new and all powerful enemy threatens the Earth. The seemingly unstoppable 'Silver Surfer', but all is not what it seems and there are old and new enemies that pose a greater threat than the intrepid superheroes realize.

Superman returns to discover his 5-year absence has allowed Lex Luthor to walk free, and that those he was closest to felt abandoned and have moved on. Luthor plots his ultimate revenge that could see millions killed and change the face of the planet forever, as well as ridding himself of the Man of Steel.

Mild-mannered Clark Kent works as a reporter at the Daily Planet alongside his crush, Lois Lane. Clark must summon his superhero alter-ego when the nefarious Lex Luthor launches a plan to take over the world.

Aiming to defeat the Man of Steel, wealthy executive Ross Webster hires bumbling but brilliant Gus Gorman to develop synthetic kryptonite, which yields some unexpected psychological effects in the third installment of the 1980s Superman franchise. Between rekindling romance with his high school sweetheart and saving himself, Superman must contend with a powerful supercomputer.

During World War II, Steve Rogers is a sickly man from Brooklyn who's transformed into super-soldier Captain America to aid in the war effort. Rogers must stop the Red Skull – Adolf Hitler's ruthless head of weaponry, and the leader of an organization that intends to use a mysterious device of untold powers for world domination.

Following the events of Age of Ultron, the collective governments of the world pass an act designed to regulate all superhuman activity. This polarizes opinion amongst the Avengers, causing two factions to side with Iron Man or Captain America, which causes an epic battle between former allies.

When Blade's mother was bitten by a vampire during pregnancy, she did not know that she gave her son a special gift while dying—all the good vampire attributes in combination with the best human skills. Blade and his mentor battle an evil vampire rebel who plans to take over the outdated vampire council, capture Blade and resurrect a voracious blood god.

Bruce Banner, a genetics researcher with a tragic past, suffers massive radiation exposure in his laboratory that causes him to transform into a raging green monster when he gets angry.

Wisecracking mercenary Deadpool battles the evil and powerful Cable and other bad guys to save a boy's life.

When Tony Stark's world is torn apart by a formidable terrorist called the Mandarin, he starts an odyssey of rebuilding and retribution.

With the world now aware of his dual life as the armored superhero Iron Man, billionaire inventor Tony Stark faces pressure from the government, the press and the public to share his technology with the military. Unwilling to let go of his invention, Stark, with Pepper Potts and James 'Rhodey' Rhodes at his side, must forge new alliances – and confront powerful enemies.

After the cataclysmic events in New York with The Avengers, Steve Rogers, aka Captain America is living quietly in Washington, D.C. and trying to adjust to the modern world. But when a S.H.I.E.L.D. colleague comes under attack, Steve becomes embroiled in a web of intrigue that threatens to put the world at risk. Joining forces with the Black Widow, Captain America struggles to expose the ever-widening conspiracy while fighting off professional assassins sent to silence him at every turn. When the full scope of the villainous plot is revealed, Captain America and the Black Widow enlist the help of a new ally, the Falcon. However, they soon find themselves up against an unexpected and formidable enemy—the Winter Soldier.

The story follows Carol Danvers as she becomes one of the universe’s most powerful heroes when Earth is caught in the middle of a galactic war between two alien races. Set in the 1990s, Captain Marvel is an all-new adventure from a previously unseen period in the history of the Marvel Cinematic Universe.

Three escaped criminals from the planet Krypton test the Man of Steel's mettle. Led by General Zod, the Kryptonians take control of the White House and partner with Lex Luthor to destroy Superman and rule the world. But Superman, who attempts to make himself human in order to get closer to Lois, realizes he has a responsibility to save the planet.

When LexCorps accidentally unleash a murderous creature, Doomsday, Superman meets his greatest challenge as a champion. Based on the "The Death of Superman" storyline that appeared in DC Comics' publications in the 1990s

Guardians of the Galaxy Vol. 2

The Guardians must fight to keep their newfound family together as they unravel the mysteries of Peter Quill's true parentage. 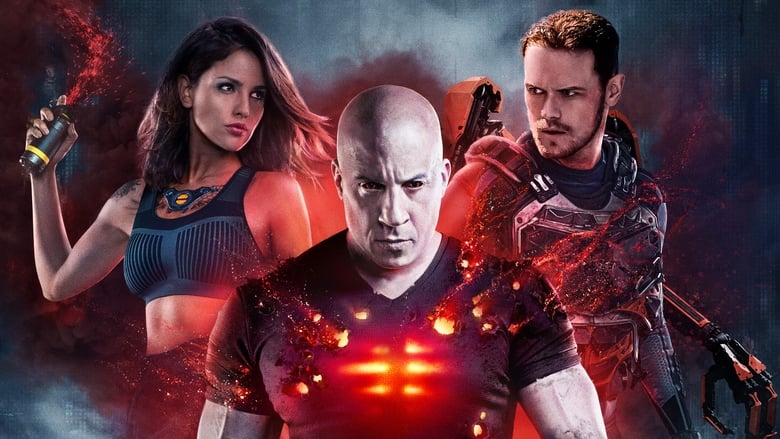