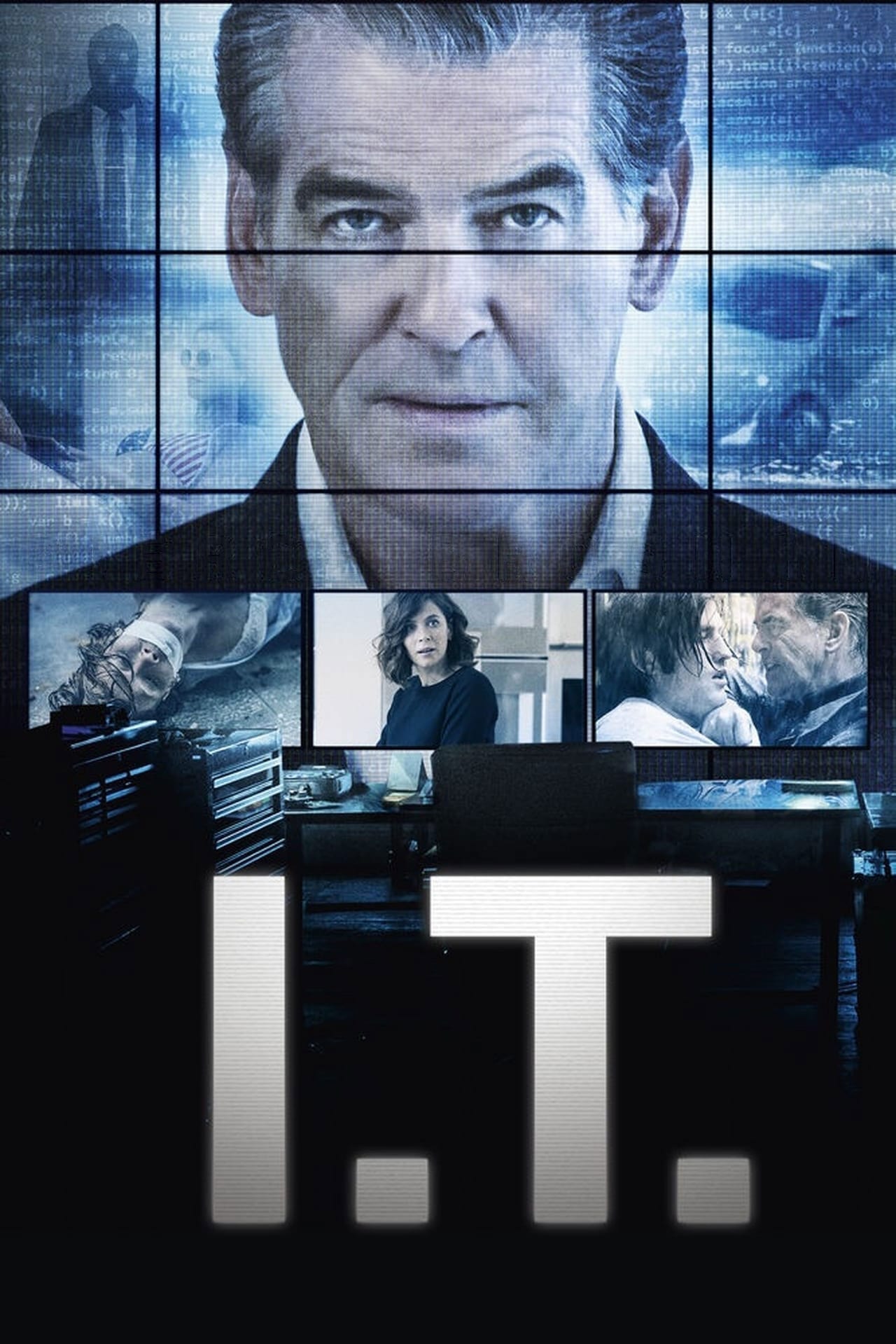 Mike Regan is a successful, self-made man who has it all: a gorgeous wife, a beautiful teenage daughter and a sleek, state-of-the-art “smart home”. But he soon finds himself in a deadly, high-stakes game of cat-and-mouse when his I.T. consultant, Ed, starts using his skills to stalk Mike’s daughter and endanger his family, his business, and his life. In a world where there is no privacy, and personal secrets can go viral by the click of a mouse, Mike needs to rely on his old connections to defeat a new kind of nemesis.

Framed for crimes against the country, the G.I. Joe team is terminated by Presidential order. This forces the G.I. Joes into not only fighting their mortal enemy Cobra; they are forced to contend with threats from within the government that jeopardize their very existence.

Industrious high school senior, Vee Delmonico, has had it with living life on the sidelines. When pressured by friends to join the popular online game Nerve, Vee decides to sign up for just one dare in what seems like harmless fun. But as she finds herself caught up in the thrill of the adrenaline-fueled competition partnered with a mysterious stranger, the game begins to take a sinister turn with increasingly dangerous acts, leading her into a high stakes finale that will determine her entire future.

Six months after the events depicted in The Matrix, Neo has proved to be a good omen for the free humans, as more and more humans are being freed from the matrix and brought to Zion, the one and only stronghold of the Resistance. Neo himself has discovered his superpowers including super speed, ability to see the codes of the things inside the matrix and a certain degree of pre-cognition. But a nasty piece of news hits the human resistance: 250,000 machine sentinels are digging to Zion and would reach them in 72 hours. As Zion prepares for the ultimate war, Neo, Morpheus and Trinity are advised by the Oracle to find the Keymaker who would help them reach the Source. Meanwhile Neo's recurrent dreams depicting Trinity's death have got him worried and as if it was not enough, Agent Smith has somehow escaped deletion, has become more powerful than before and has fixed Neo as his next target.

A man is released from prison to help American and Chinese authorities pursue a mysterious cyber criminal. The dangerous search leads them from Chicago to Hong Kong.

When Cecilia's abusive ex takes his own life and leaves her his fortune, she suspects his death was a hoax. As a series of coincidences turn lethal, Cecilia works to prove that she is being hunted by someone nobody can see.

After David Kim's 16-year-old daughter goes missing, a local investigation is opened and a detective is assigned to the case. But 37 hours later and without a single lead, David decides to search the one place no one has looked yet, where all secrets are kept today: his daughter's laptop.

While video chatting one night, six high school friends receive a Skype message from a classmate who killed herself exactly one year ago. At first they think it's a prank, but when the girl starts revealing the friends' darkest secrets, they realize they are dealing with something out of this world, something that wants them dead.

A computer programmer's dream job at a hot Portland-based firm turns nightmarish when he discovers his boss has a secret and ruthless means of dispatching anti-trust problems.

F/X man Rollie Tyler is now a toymaker. Mike, the ex-husband of his girlfriend Kim, is a cop. He asks Rollie to help catch a killer. The operation goes well until some unknown man kills both the killer and Mike. Mike's boss, Silak says it was the killer who killed Mike but Rollie knows it wasn't. Obviously, Silak is involved with Mike's death, so he calls on Leo McCarthy, the cop from the last movie, who is now a P.I., for help and they discover it's not just Silak they have to worry about.

Disconnect interweaves multiple storylines about people searching for human connection in today’s wired world. Through poignant turns that are both harrowing and touching, the stories intersect with surprising twists that expose a shocking reality into our daily use of technology that mediates and defines our relationships and ultimately our lives.

Sy "the photo guy" Parrish has lovingly developed photos for the Yorkin family since their son was a baby. But as the Yorkins' lives become fuller, Sy's only seems lonelier, until he eventually believes he's part of their family. When "Uncle" Sy's picture-perfect fantasy collides with an ugly dose of reality, what happens next "has the spine-tingling elements of the best psychological thrillers!"

The first story focused on Tai and Kari Kamiya four years before their adventure in the Digital World. It shows their first encounter with Digimon and what happened to them (as well as the other children). Tai and Kari wake one morning to find a Digi-Egg that came out of their computer the night before and the egg soon hatches, revealing a Botamon. The Digimon then evolves into Koromon and then Agumon (not the same one that became friends with Tai in the series, and yet, somehow, both Koromon and Kari remember each other), who then goes out and unintentionally destroys a good part of the neighborhood with Kari riding on his back. A second Digi-Egg appears in the sky to reveal an evil digimon, Parrotmon. Agumon then Digivolves to Greymon but isn't strong enough to beat Parrotmon and is knocked out. Tai grabs Kari's whistle and wakes up Greymon, who defeats Parrotmon and disappears with him.

Three young people on a road trip from Colorado to New Jersey talk to a trucker on their CB radio, then must escape when he turns out to be a psychotic killer.

Emma is a young and beautiful graduate student just starting a new life in New York City. Like most people her age, she is always connected - her phone and laptop are constant companions, documenting her most intimate moments. What she doesn't realize is that she's sharing her life with an uninvited and dangerous guest. A hacker is following Emma’s every move. When the voyeuristic thrill of watching her digitally isn't enough, the situation escalates to a dangerous and terrifying level.

A reporter and a blind retired journalist try to solve a series of murders. The crimes are connected to experiments by a pharmaceutical company in secret research. The two end up becoming targets of the killer.

Two cops are given the 'dirty' job of staking out the home of an escaped convict's ex-girlfriend. Chris and the beautiful girlfriend accidentally meet and fall in love. Just as Chris' confesses, the convict appears, but will she betray him ?

Steve Jobs: The Man in the Machine

When Steve Jobs died the world wept. But what accounted for the grief of millions of people who didn’t know him? This evocative film navigates Jobs' path from a small house in the suburbs, to zen temples in Japan, to the CEO's office of the world's richest company, exploring how Jobs’ life and work shaped our relationship with the computer. The Man in the Machine is a provocative and sometimes startling re-evaluation of the legacy of an icon.

Seeking shelter from a relentless rainstorm and landslides in a remote region of Wales, five travelers are admitted to a large foreboding old house that belongs to the extremely strange Femm family. Sepulchral Horace Femm and his obsessive, inhospitable sister Rebecca are the group's peculiar hosts. The house also holds surprises - and a brutish mute manservant named Morgan.

Chloe Keane is an stressed American fashion model living in London who is about to have the worst weekend of her life. She and her boyfriend are invited to attend a party at the house of a former rock-star named Stan and his weird family who live in the countryside. Chloe awakes the next morning only to find her boyfriend has abandoned her at Stan's house and she has been drugged and handcuffed to the bed. 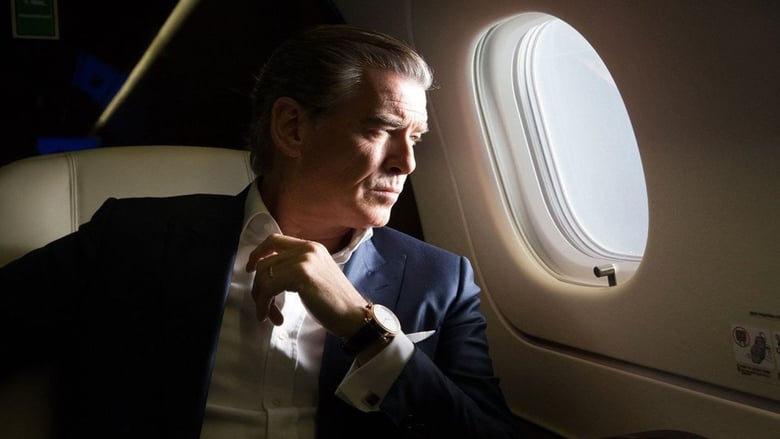