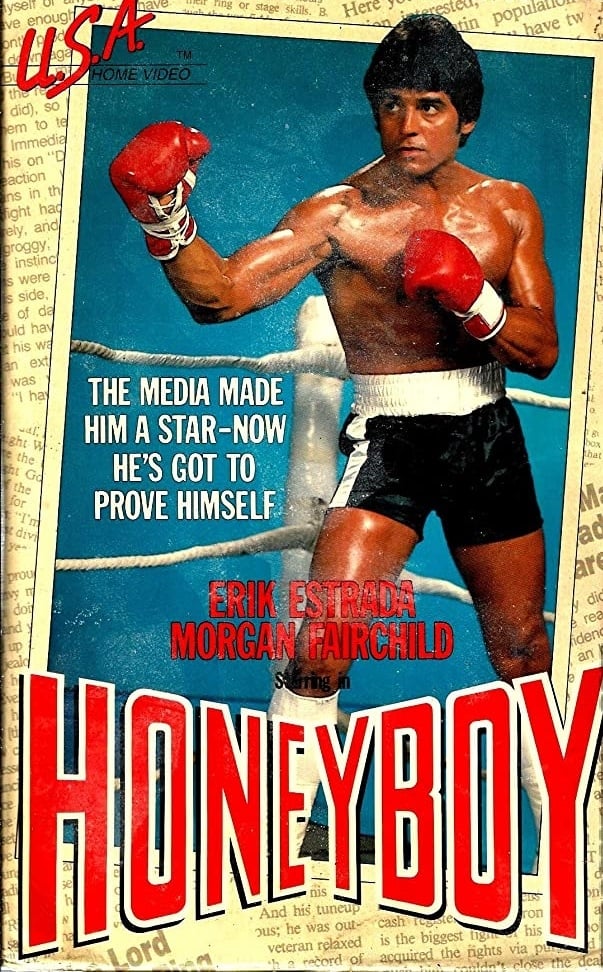 Rico 'Honeyboy' Ramirez is a Puerto Rican from the South Bronx who finds fame and fortune as a middleweight boxer. But he soon learns that it's not all it's cracked up to be when he loses sight of his goals. He becomes romantically involved with his attractive publicist, and then he has to prove himself in the ring after learning that his biggest victory was rigged by his shady, mob-connected, promoters.

When world heavyweight boxing champion, Apollo Creed wants to give an unknown fighter a shot at the title as a publicity stunt, his handlers choose palooka Rocky Balboa, an uneducated collector for a Philadelphia loan shark. Rocky teams up with trainer Mickey Goldmill to make the most of this once in a lifetime break.

Now the world champion, Rocky Balboa is living in luxury and only fighting opponents who pose no threat to him in the ring, until Clubber Lang challenges him to a bout. After taking a pounding from Lang, the humbled champ turns to former bitter rival Apollo Creed for a rematch with Lang.

After Rocky goes the distance with champ Apollo Creed, both try to put the fight behind them and move on. Rocky settles down with Adrian but can't put his life together outside the ring, while Creed seeks a rematch to restore his reputation. Soon enough, the "Master of Disaster" and the "Italian Stallion" are set on a collision course for a climactic battle that is brutal and unforgettable.

When he loses a highly publicized virtual boxing match to ex-champ Rocky Balboa, reigning heavyweight titleholder, Mason Dixon retaliates by challenging Rocky to a nationally televised, 10-round exhibition bout. To the surprise of his son and friends, Rocky agrees to come out of retirement and face an opponent who's faster, stronger and thirty years his junior.

The story of Rubin "Hurricane" Carter, a boxer wrongly imprisoned for murder, and the people who aided in his fight to prove his innocence.

The true story of boxer Jim Braddock who, in the 1920’s following his retirement, makes a surprise comeback in order to get him and his family out of a socially poor state.

A lifetime of taking shots has ended Rocky’s career, and a crooked accountant has left him broke. Inspired by the memory of his trainer, however, Rocky finds glory in training and takes on an up-and-coming boxer.

When Jake LaMotta steps into a boxing ring and obliterates his opponent, he's a prizefighter. But when he treats his family and friends the same way, he's a ticking time bomb, ready to go off at any moment. Though LaMotta wants his family's love, something always seems to come between them. Perhaps it's his violent bouts of paranoia and jealousy. This kind of rage helped make him a champ, but in real life, he winds up in the ring alone.

Despondent over a painful estrangement from his daughter, trainer Frankie Dunn isn't prepared for boxer Maggie Fitzgerald to enter his life. But Maggie's determined to go pro and to convince Dunn and his cohort to help her.

A burger-loving hit man, his philosophical partner, a drug-addled gangster's moll and a washed-up boxer converge in this sprawling, comedic crime caper. Their adventures unfurl in three stories that ingeniously trip back and forth in time.

Billy "The Great" Hope, the reigning junior middleweight boxing champion, has an impressive career, a loving wife and daughter, and a lavish lifestyle. However, when tragedy strikes, Billy hits rock bottom, losing his family, his house and his manager. He soon finds an unlikely savior in Tick Willis, a former fighter who trains the city's toughest amateur boxers. With his future on the line, Hope fights to reclaim the trust of those he loves the most.

The fast-paced action movie is again set in the criminal underworld in France, where Frank Martin is known as The Transporter, because he is the best driver and mercenary money can buy. In this installment, he meets Anna and they attempt to take down a group of ruthless Russian human traffickers who also have kidnapped Frank’s father.

After working as a drug courier and getting into a brutal shootout with police, a former boxer finds himself at the mercy of his enemies as they force him to instigate violent acts that turn the prison he resides in into a battleground.

Between personal obligations and training for his next big fight against an opponent with ties to his family's past, Adonis Creed is up against the challenge of his life.

On his first day on the job as a narcotics officer, a rookie cop works with a rogue detective who isn't what he appears.

40 Years of Rocky: The Birth of a Classic

Sylvester Stallone and John G. Avildsen narrate behind-the-scenes footage from the making of "Rocky" to mark the film's 40th anniversary.

There are two overlapping stories. One is the search for a stolen diamond. The other is about a boxing promoter who’s having trouble with a psychotic gangster.

The inspirational story of World Champion Boxer Vinny Pazienza, who after a near fatal car crash, which left him not knowing if he'd ever walk again, made one of sports most incredible comebacks.

The former World Heavyweight Champion Rocky Balboa serves as a trainer and mentor to Adonis Johnson, the son of his late friend and former rival Apollo Creed.