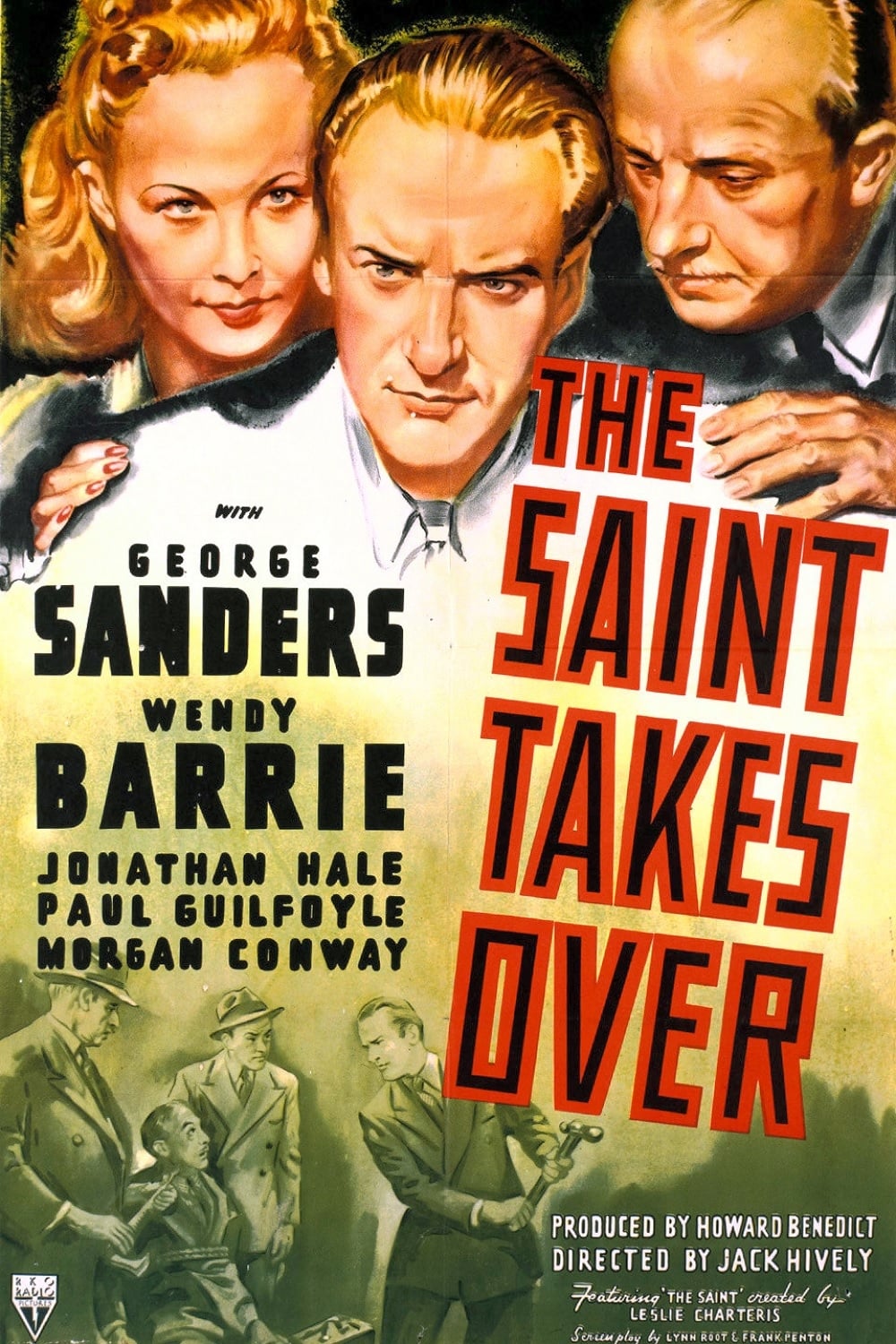 The Saint Takes Over, released in 1940 by RKO Pictures, was the fifth motion picture featuring the adventures of Simon Templar, a.k.a. "The Saint" the Robin Hood-inspired crimefighter created by Leslie Charteris. George Sanders returned as Templar, with Wendy Barrie playing his latest romantic conquest in her second of three appearances in the Saint film series (playing a different role each time). This film focuses on the character of Inspector Henry Farnack (Jonathan Hale), who appeared in several of the Saint series. When Farnack is framed by a gang he is investigating, it is up to The Saint to clear his name.

International master thief, Simon Templar, also known as The Saint, is asked by a desperate rich man to find his kidnapped daughter. However, in addition to evading the authorities, Simon must face a dangerous adversary from his past.

Simon Templar (The Saint), is a thief for hire, whose latest job to steal the secret process for cold fusion puts him at odds with a traitor bent on toppling the Russian government, as well as the woman who holds its secret.

The Saint in New York

A crime spree in New York forces the police commissioner to turn to Englishman Simon Templar, who fights lawlessness and corruption through unorthodox methods. Templar sets his sights on individual crimes bosses, and after bringing down two vicious leaders through disguise and deception, discovers that there is a mastermind behind all the city's crime.

Suave soldier of fortune Simon Templer gets mixed up with a gang of counterfeiters who've murdered and robbed an European count of 1,000,000 pounds. He is aided reluctantly by Scotland Yard inspector Teal, who's convinced that Templar himself pulled off the heist, and less reluctantly by light-fingered Dugan and dizzy socialite Penny Parker.

While on vacation, the Saint discovers a much-sought-after music box.

The Saint Strikes Back

Suave private detective Simon "The Saint" Templar arrives in San Francisco and meets Val, a woman whose police inspector father killed himself after being accused of corruption and dismissed from the force. Convinced of the man's innocence, Templar takes it upon himself to vindicate the memory of Val's father. To do so he must take on the city's most dangerous criminal gang, while also battling hostile members of the police department.

The Saint Meets the Tiger

A man murdered at the Saint's doorstep manages to utter a few words to Simon Templar before he dies, sending him off to the quaint resort village of Baycombe where he confronts crime mastermind 'The Tiger' and his gang as they plan to smuggle gold bullion out of the country. Written by Doug Sederberg

The Saint In Palm Springs

George Sanders makes his final appearance as crook-turned-detective Simon Templar, a.k.a. "The Saint," in The Saint in Palm Springs. The gimmick in this one is a set of rare stamps, smuggled from England. Wendy Barrie is the true heir to this treasure, and the Saint is engaged to protect her and the stamps. Our hero meets Barrie in a posh Palm Springs resort, where a gang of homicidal thieves have converged to relieve the girl of her inheritance. Three murders and one kidnapping attempt later, the villains are foiled by the Saint, with the aid of his onetime partner in crime Pearly Gates (Paul Guilfoyle). The Saint in Palm Springs is the sixth in RKO's series of films based on the character created by Leslie Charteris.

A private detective goes after the people who murdered his girlfriend. 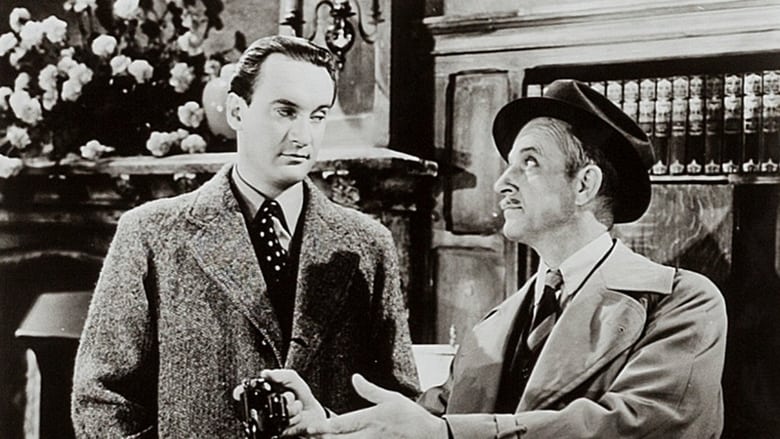