Chu Chu and the Philly Flash 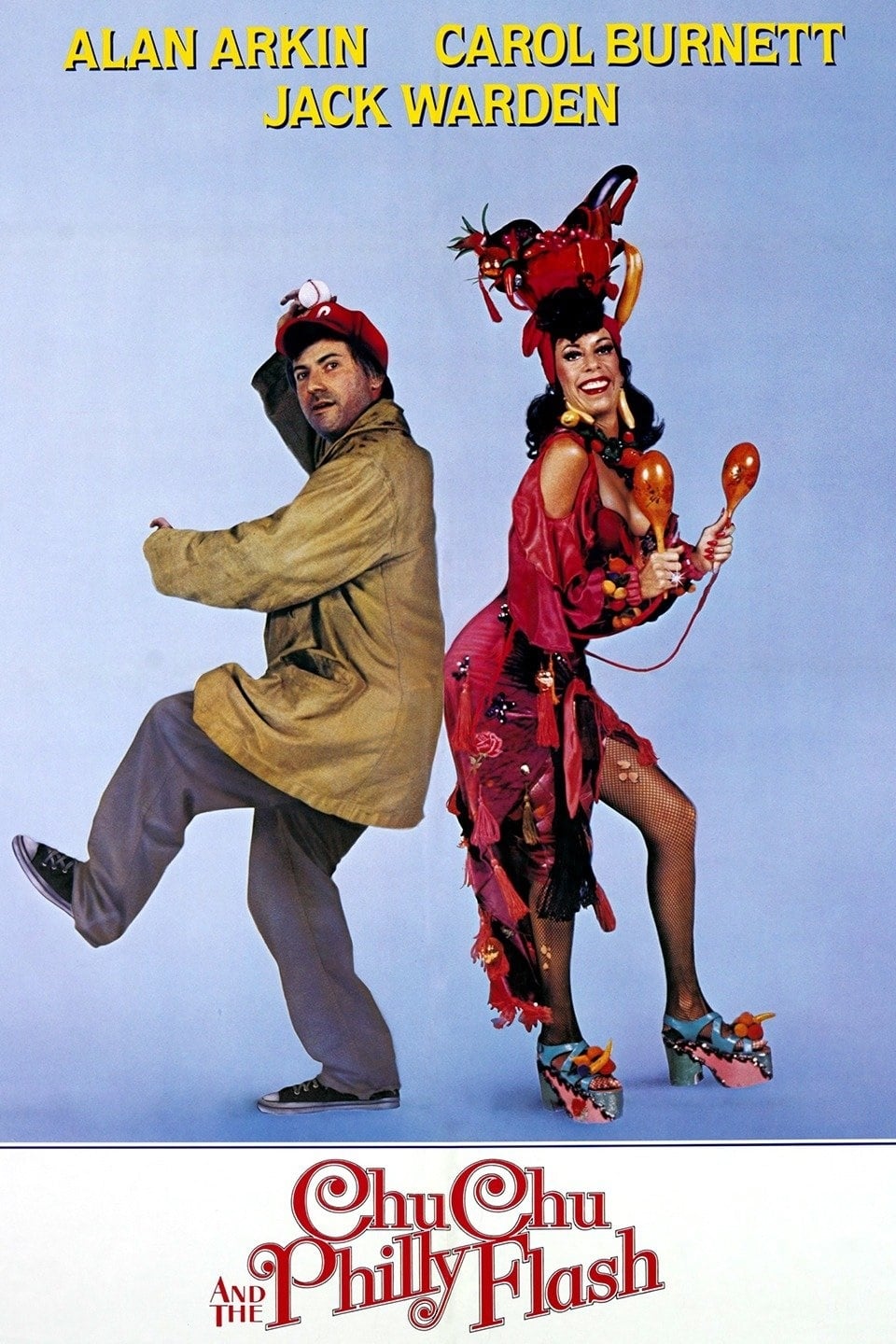 Chu Chu and the Philly Flash

Chu Chu and the Philly Flash is a 1981 comedy film starring Alan Arkin, Carol Burnett, Jack Warden, Ruth Buzzi, and Danny Aiello. It was released in 1981 by 20th Century Fox. Arkin plays a down-his-luck former baseball player and Burnett plays a Carmen Miranda-style performer. The film was panned by critics and was not a box office success. Many of the scenes, particularly the exterior scenes of "Chu Chu" home, were filmed in San Francisco's Potrero Hill district.

A business man buys a house, but he has a hard time trying to get rid of its previous tenant, a dirty bum.

Trapped in a London subway station, a woman who's being pursued by a potential attacker heads into the unknown labyrinth of tunnels beneath the city's streets

Borgman is the central character of this dark, malevolent fable. Is he a dream or a demon, a twisted allegory or an all-too-real embodiment of our fears? Borgman is a sinister arrival in the sealed-off streets of modern suburbia. His presence unleashes a crowing gallery of distortion around the careful façade constructed by an arrogant, comfortable couple, their three children and nanny.

Port City North Carolina: During a routine camp out, a local vagrant discovers plans for an invasion in America. When he tries to notify the local Sheriff about his discovery, the Sheriff dismisses his claims and has him locked up for loitering. When the Sheriff notices odd interactions with other towns folk he begins to look into the vagrants' claim of a sleeper cell living amongst the locals within this small town. After evidence of a beheading is exposed, others begin to fear that the insurgents attack on hometown USA. Questions and tempers begin to rise. Why this little beach community with it's Norman Rockwell way of life? A town where everyone knows one another... or so they thought. When the truth is blind and justice seems lost, It will take an army of five unlikely heroes banding together to infiltrate the insurgents and foil their invasion plans. War is Hell and Hell comes home at the Check Point.

A malevolent vagrant decides to make life hell for an injured accident victim.

Street of No Return

Renowned director Samuel Fuller's final film stars Keith Carradine as a former pop music star whose career was cut short after his throat was slit for dating a gangster's girlfriend. Carradine roams the country as a vagrant, until the day comes when he can take revenge on those who did him wrong, in this brutal action tale. Samantha Fuller and Bernard Fresson co-star

A teenage girl living with her grandmother discovers that someone is secretly living in their attic.

The Man Who Found Himself

Young Jim Stanton is a conscientious surgeon, but spends too many off-duty hours pursuing his passion for aviation to suit his stuffy father. When it is discovered that a passenger killed in a plane that Jim crashes was a married woman, the resulting scandal prompts the hospital to put Jim on probation. His pride wounded, Jim takes to the open road and enjoys the simpler life of a vagabond. In Los Angeles--where he is arrested for vagrancy and put to work on a road crew--Jim runs into old pal Dick Miller, who gets him a job as a mechanic for Roberts Aviation. But maintaining his anonymity becomes more difficult, particularly when a pretty nurse, Doris King, decides to make Jim's redemption her personal crusade.

A college student struggles during his Sophomore year.